When I started wondering last week when we’ll get our first frost I didn’t think it would be the next day and was caught by surprise!  It was a pretty good frost and our cucumbers, squash and basil mostly didn’t survive the kiss of death.

So cucumbers will be slowing down for the rest of the season, but we have a different tasty fruit coming up – melons!

Here’s a picture of Jaroslav (happy to be back from holiday) holding up acorn squash which I figure is a close enough substitute for a melon picture and we’ll be probably starting to harvest squash next week. 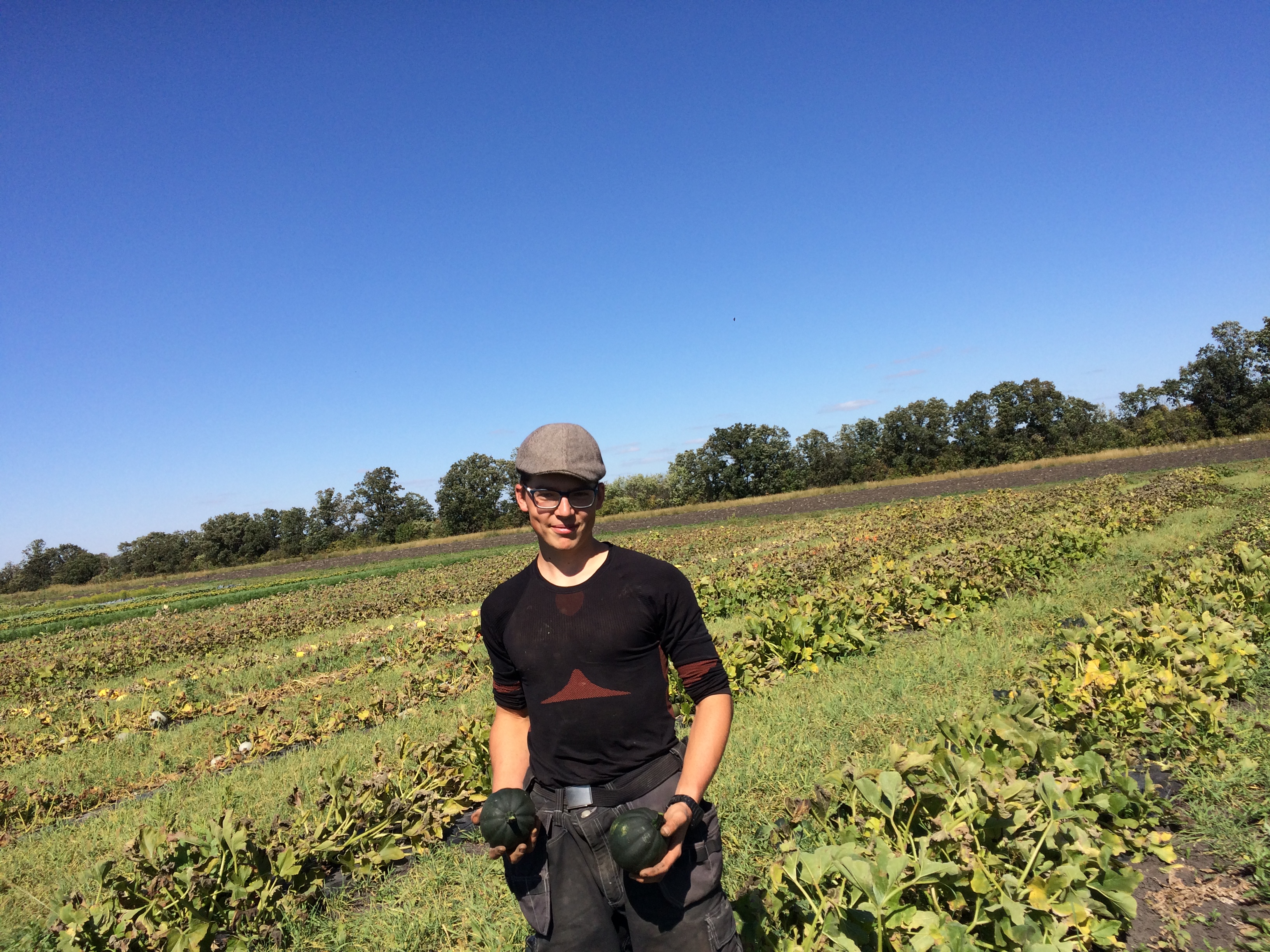 People started asking last week if we’ll have leeks, and here they are!   If you’re wondering what to do with leeks, my favorite recipe is leek and potato soup.  It’s very simple and tasty.  My recipe literally has only 4 ingredients, potatos, leeks, water and a blender.

It feels like it’s been a couple months now since we’ve had rain, so we’ve been running 2-3 lines of sprinklers just about every morning in order to get the garden watered by the end of each week.  But it looks like we’re going to get some serious rain this week, so that will be nice ( I don’t usually say that!).  Here’s our very last planting of spinach of the year being watered.  We’ve got a few new different varieties that we’re trying for fall spinach, so we’ll be interested to see what people think.  In a week we’ll be on to harvesting from our last planting of lettuce and spinach – it’s starting to feel like the end is coming…. 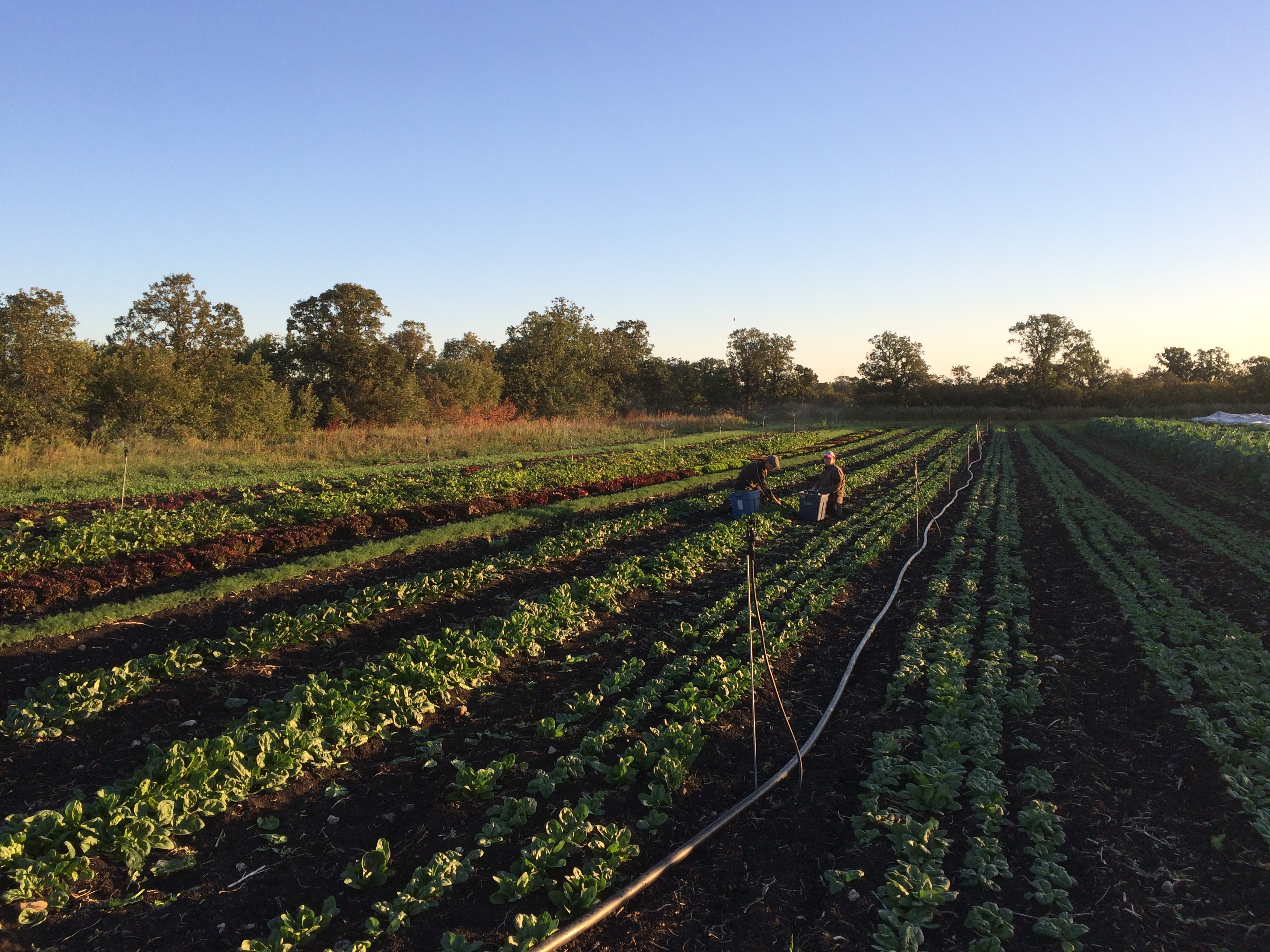 Well, that’s it for this week.