I hope everyone had a nice long weekend.  think we at the nicest part of the year where the weather is perfect! We get one week a year when it’s not too hot or not too cold and I think this is the week so I”m going to try to enjoy it because Pretty soon we’ll be in parkas!  This cooler weather is good for greens so we expect to have some nice spinach and other greens for the rest of the year.

And here’s a photo of everyone picking tomatos because we’ve been spending so much time picking tomatos these last couple weeks.   The tomatos just keep coming and there seems to be  no way to stop them!

This last friday was another marathon day and this time the them was weeding!  Now that the days are getting short all the weeds are going to seed fast so we were pulling as many weeds out of the field as we could.  There were lots in the brussel sprouts that Irina and Renee pulled out (below) which haven’t been weeded since may!    This week we’ll be cutting the tops off the brussel sprouts which (according so some people) are super delicious! .   The classic way to eat brussle sprouts tops is to sautee them with onions and bacon.   If it sounds like I”m trying to sell them it’s because I am.  2 years ago I vowed to eat all the brussel sprout tops that were left behind and I almost died doing it.  So try them and tell me how much you liked them!  We’ll have the actual brussel sprouts coming out probably around the beggining of October. 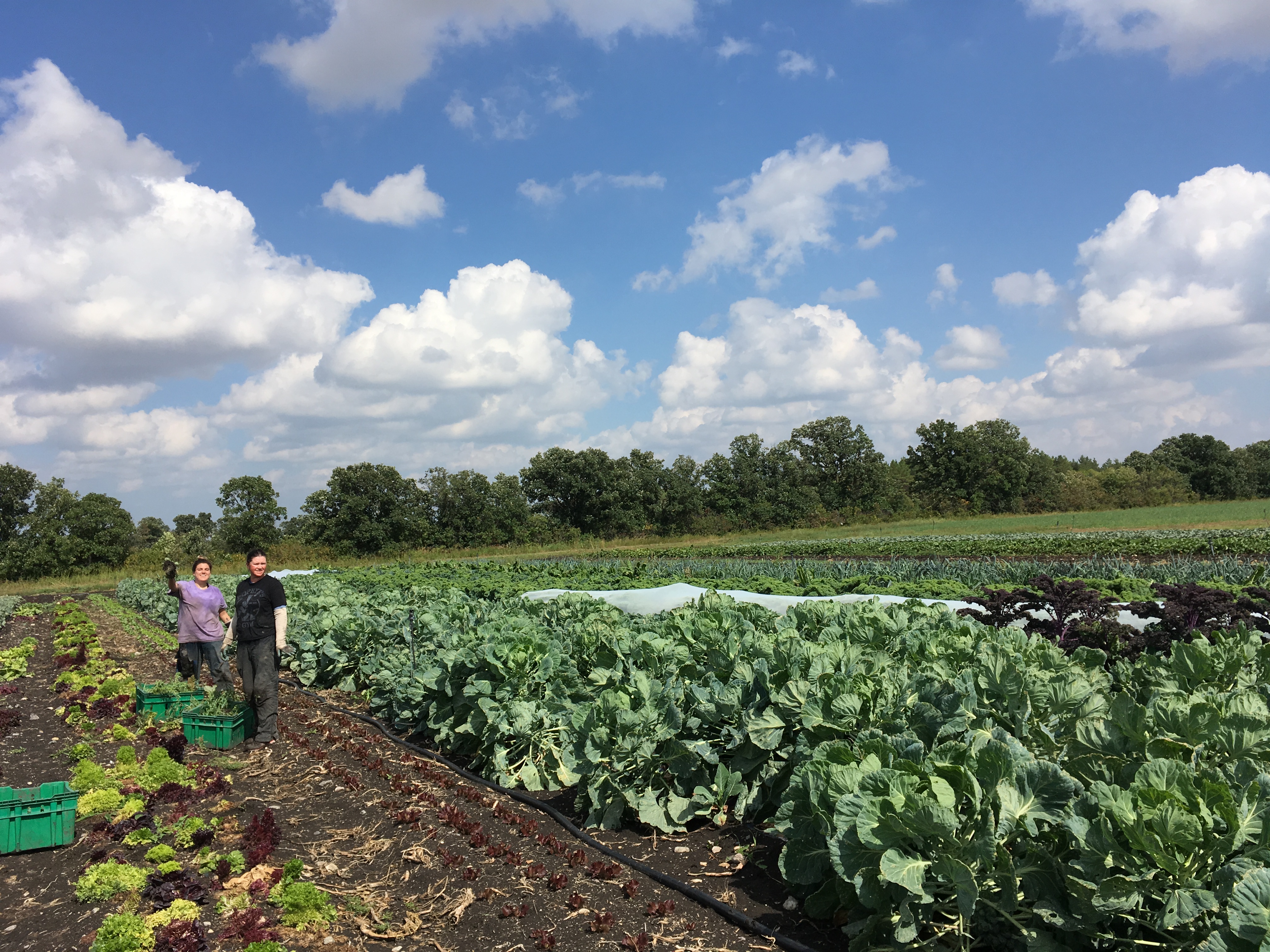 And we still have Renee!  Except it’s spelled differently now because it’s a different person.  Renee has joined us to to work at the market and is helping out at the farm too now that Renae is gone.  Last week they were both at the farm at the same time and it got very confusing!

That’s it for this week,