This is our last summer pick up for the year.  I can’t believe another season is done!  The summer went by so fast, but then when I think back to spring it feels like that was a long time ago.  It was fast and long at the same time somehow.

Thankfully this week was a lot nicer than last week!  It was warm and there was no snow!  Overall I think we’ve had pretty nice weather for working outside this year.  There were no mosquitos, it was never hot and humid at the same time and we only got snowed on once.   And now the ground is slowly drying up; so we were able to plant garlic this week.

Now that summer is done, the last big thing we have left to do is harvest the potatos and carrots for the winter CSA – and this could be a challenge because it’s still so wet.  But we’re starting on the higher drier spots and keeping our fingers crossed that it doesn’t rain again until next year.  If you know what plant is growing in the middle of these carrots you win a free lb of carrots! 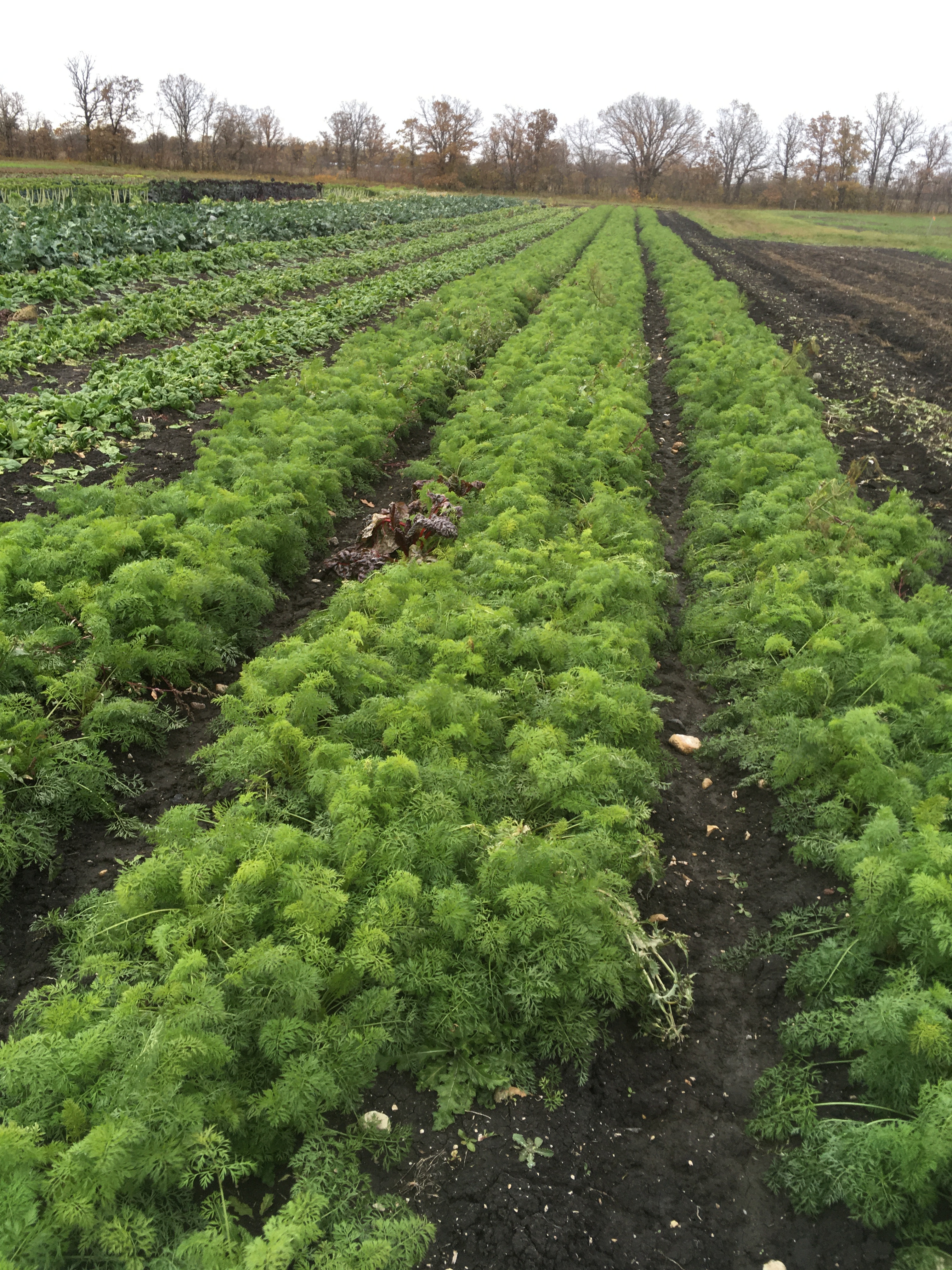 Also we’ve got some much needed extra storage space now.  The workers started this addition on Friday and finished it today (less than 2 days).  They built a building in less time than it takes me to assemble an ikea bookshelf!  In the winter I’ll be organizing tools and equipment in here and we’ll hopefully have a little less choas next summer.  And if you want to know how muddy it is- that’s supposed to be gravel in front of the washstation!

And finally,  someone said to me last week “I’m suprised you didn’t have a contest to guess what’s growing under the snow last week”.    I don’t know why I didn’t think of that!  So, for an extra free pound of carrots, guess what’s growing under the snow?  (the row in the centre is something different from the 2 to the right of it) . If you guess them both you get you 2lb!

Well that’s it for this year.  We’ll be seeing lots of you still during the winter for the winter CSA pick ups.  Thanks again to everyone for signing up for a CSA with us this summer and I hope to see you next year!