We will have the following veggie selection this week:

I hope everyone had a good time at folk fest, because I know at least half of you were there!  I don’t know if it was hot at folk fest, but it was hot here.  Lance and I worked this Saturday and there was some sweat coming off of our bodies.   I would  have thought people would call us tough, but so far people have only called us stupid. I’ve never been that good at telling the difference….

It feels like we’re on the home stretch for planting now.  Here’s Sarah doing the last seeding of lettuce transplants that we’ll be planting in the field in middle of August.  And for some reason she’s wearing her winter jacket inside a greenhouse when it’s 30 degrees outside.

Lance also starting learning the tractor and tilled in the old spinach and lettuce which is where we”ll be doing our last planting of carrots and broccoli this week.  Hopefully the decomposing spinach will produce spinach flavoured carrots.  Lance and I look very similar from behind.

It’s carrot harvesting time now.  Last year we had to have 10 people to stand on the carrot digger to get it to go deep enough, but this year I had welder put some poles on it and hung a bunch of cinder blocks and so far no one has had to stand on it!  My favorite thing about the undercutter bar is that it digs up the quack grass roots so we’re able to pull up the quack grass once we’ve dug the carrots. 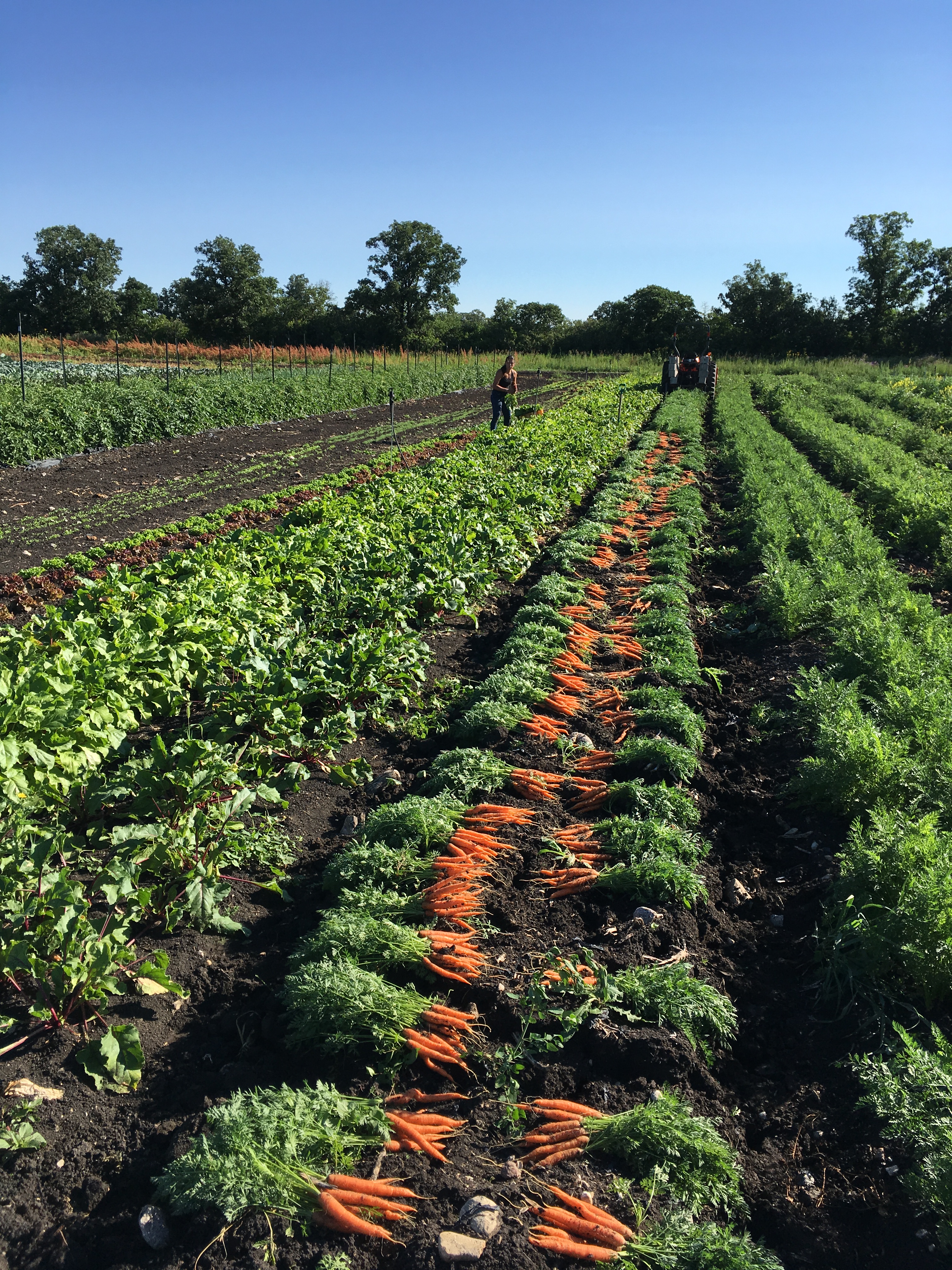 Finally, the weeds are getting crazy and we’ve been getting behind, but this week we’ve started catching up… slowly.  Big thanks to Amelia our volunteer who spent an entire day carrying bins full of weed seeds out of the field.  And she’ll be back tomorrow…. but I didn’t’ tell her yet that it’s going to be another day of the same thing!