We’ll it’s been been absolutely beautiful weather for January,  except that it’s still September actually this weather stinks!  It feels like somehow we missed fall and are heading right into winter.

We’ve had frost on most mornings this week so we’ve picked the rest of the peppers and lots of  the field tomatoes which we’ll let ripen inside.   As you can see our pepper plants below have seen better days.   But now there are less things to harvest which is nice! 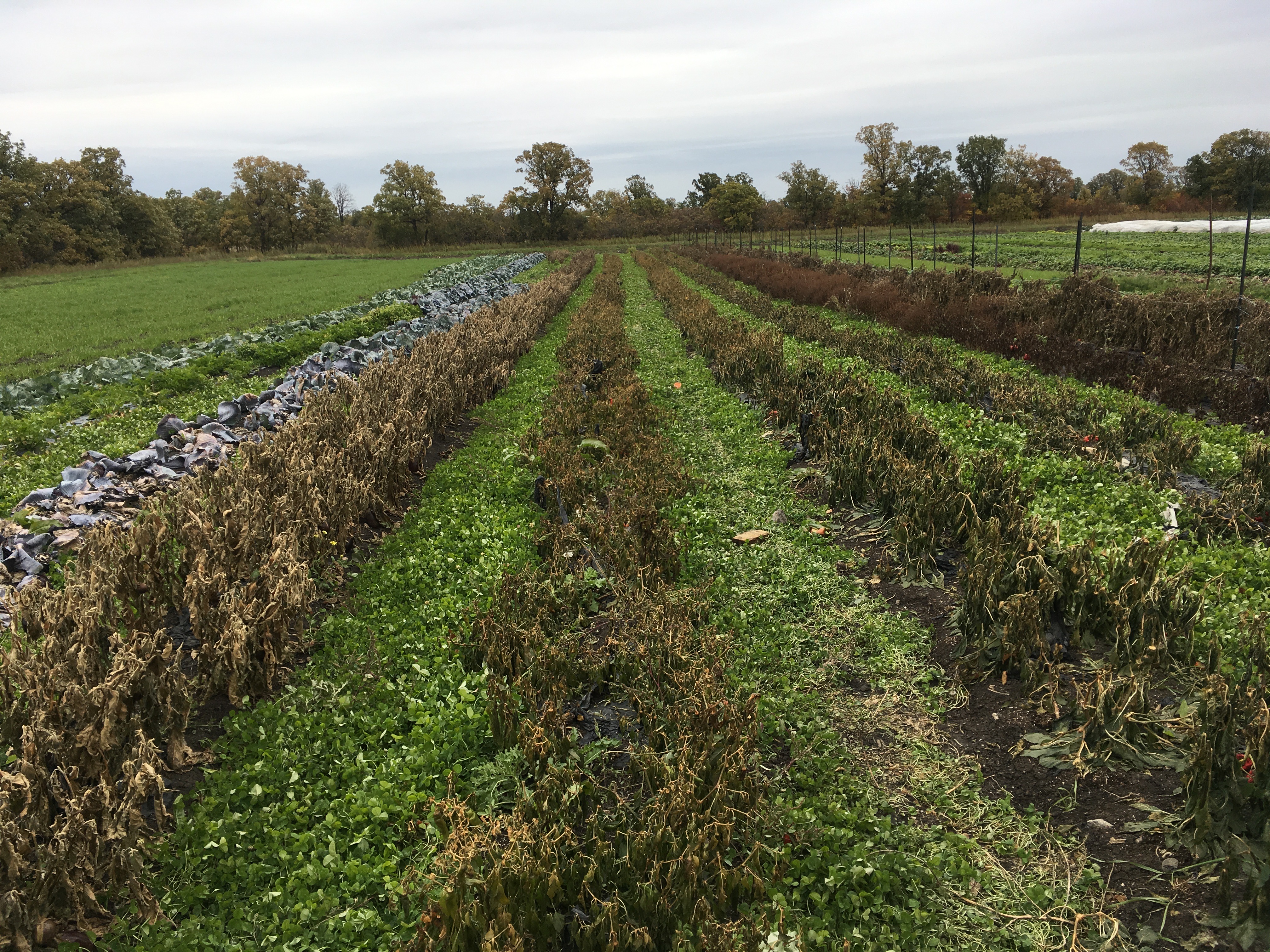 There’s still lots of things that withstand the frosts, including the broccoli  that Renee’s harvesting below. 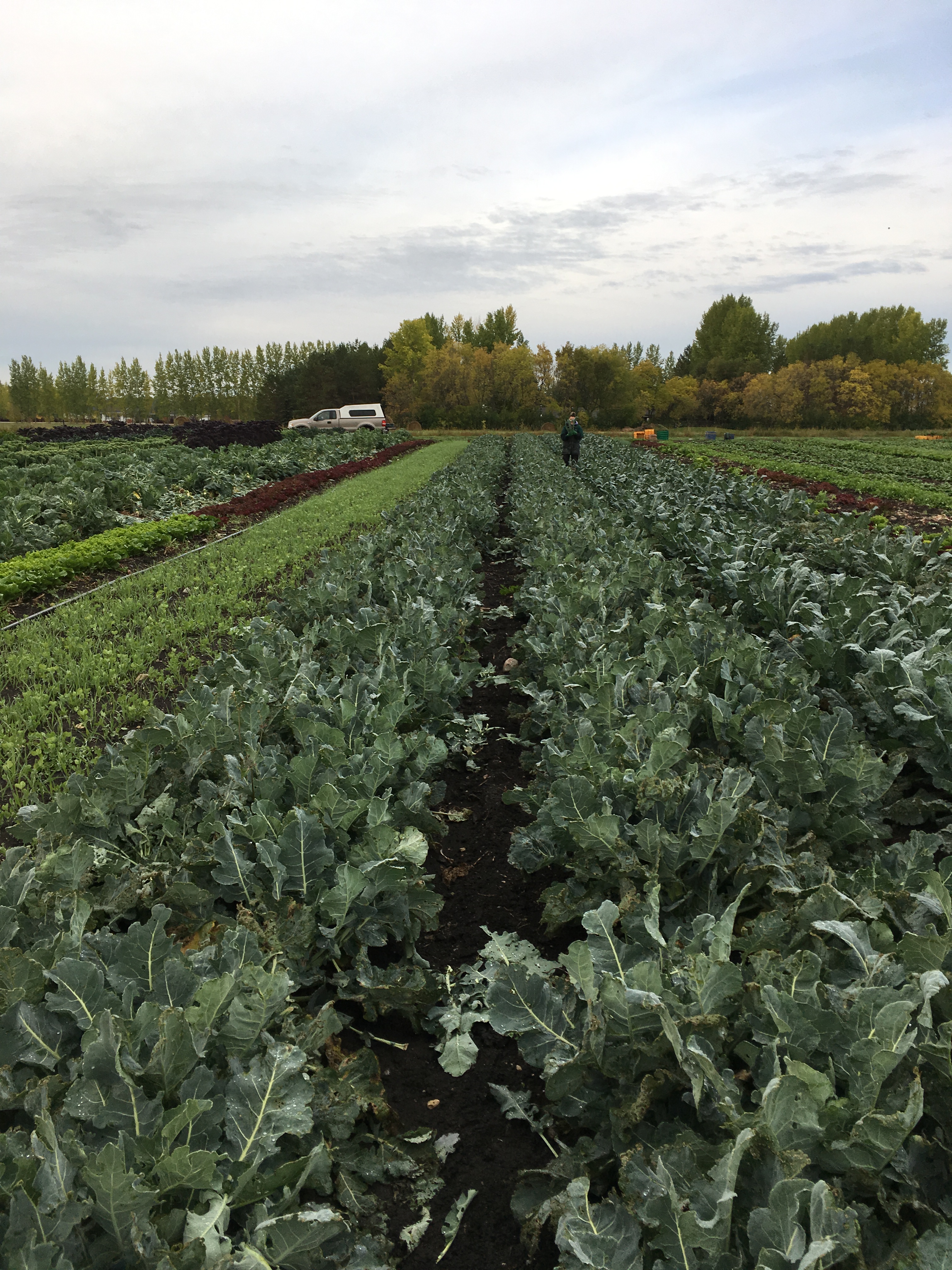 And our green manure crops are doing well!   It’s pretty safe to say we won’t need to water again this year, so we’re gradually pulling out all the sprinklers and water lines out of the field. 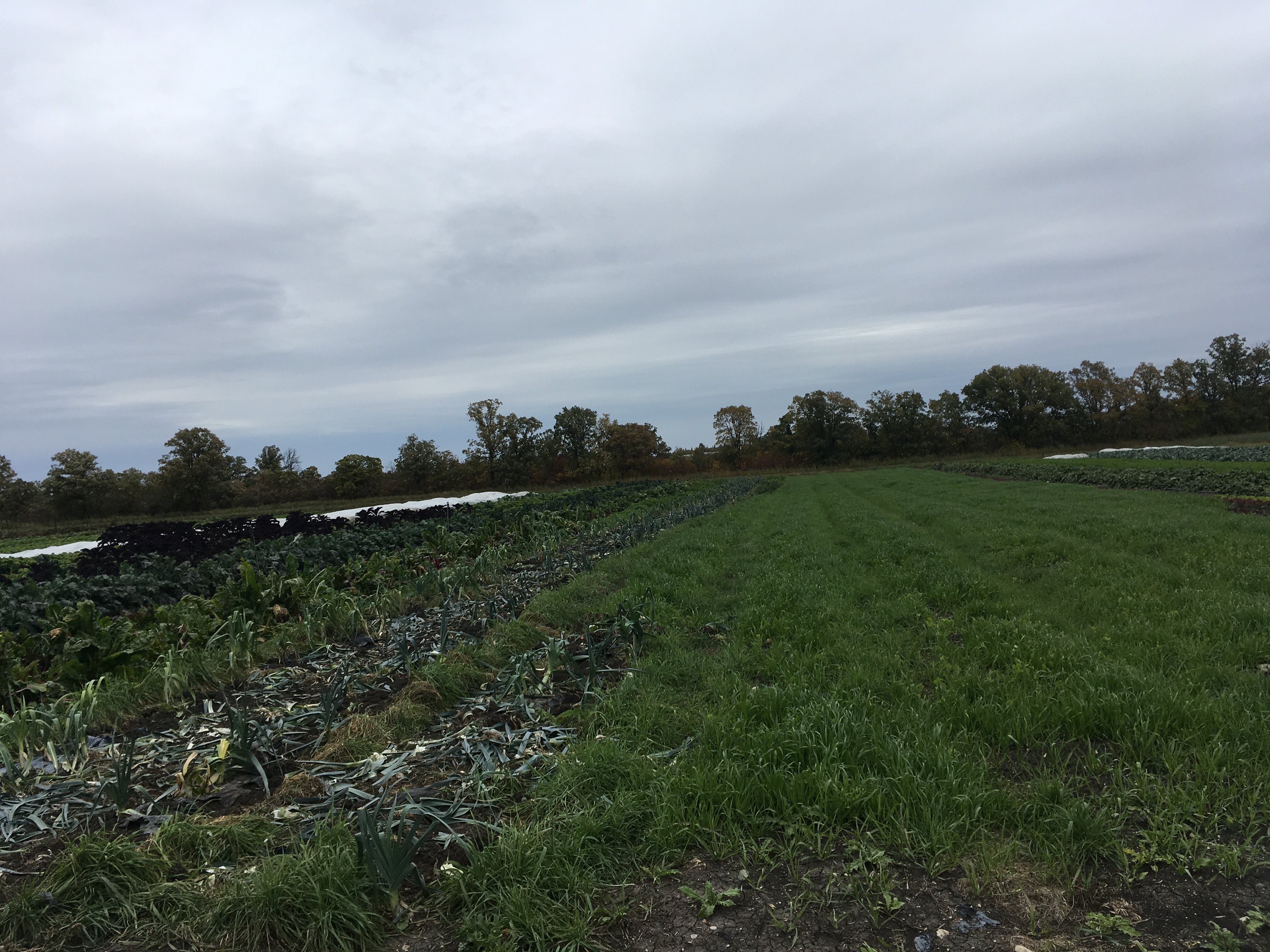 And the big news is we finally finished weeding the potatose! -we’ve been working at that since May!  They’ve still got some big thistles in them, but I’m hoping I can just mow those and digging the rest of the potatoes will go smoothly. 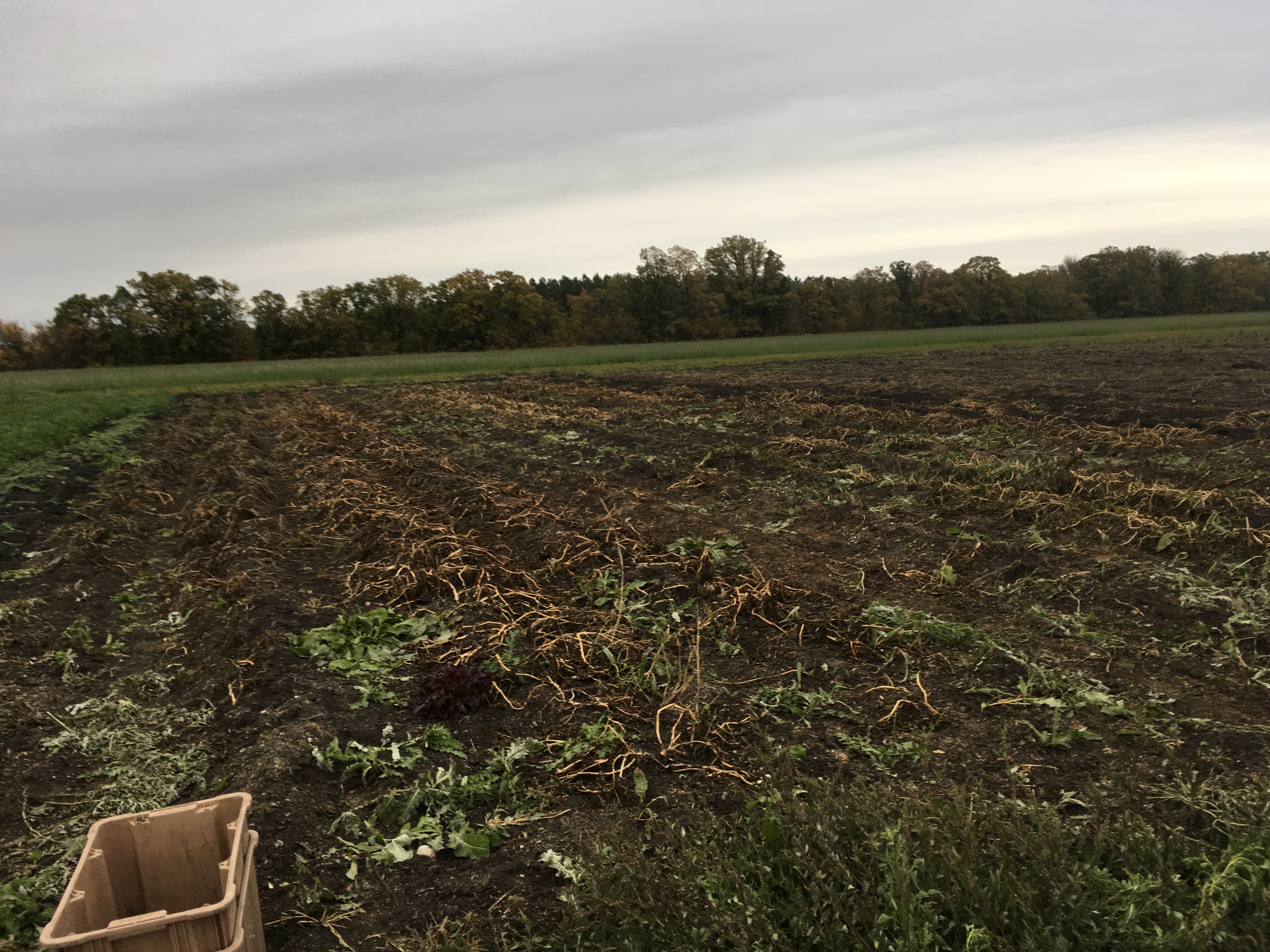 Well that’s it for this week,