The veggies we’ll have this week will be: 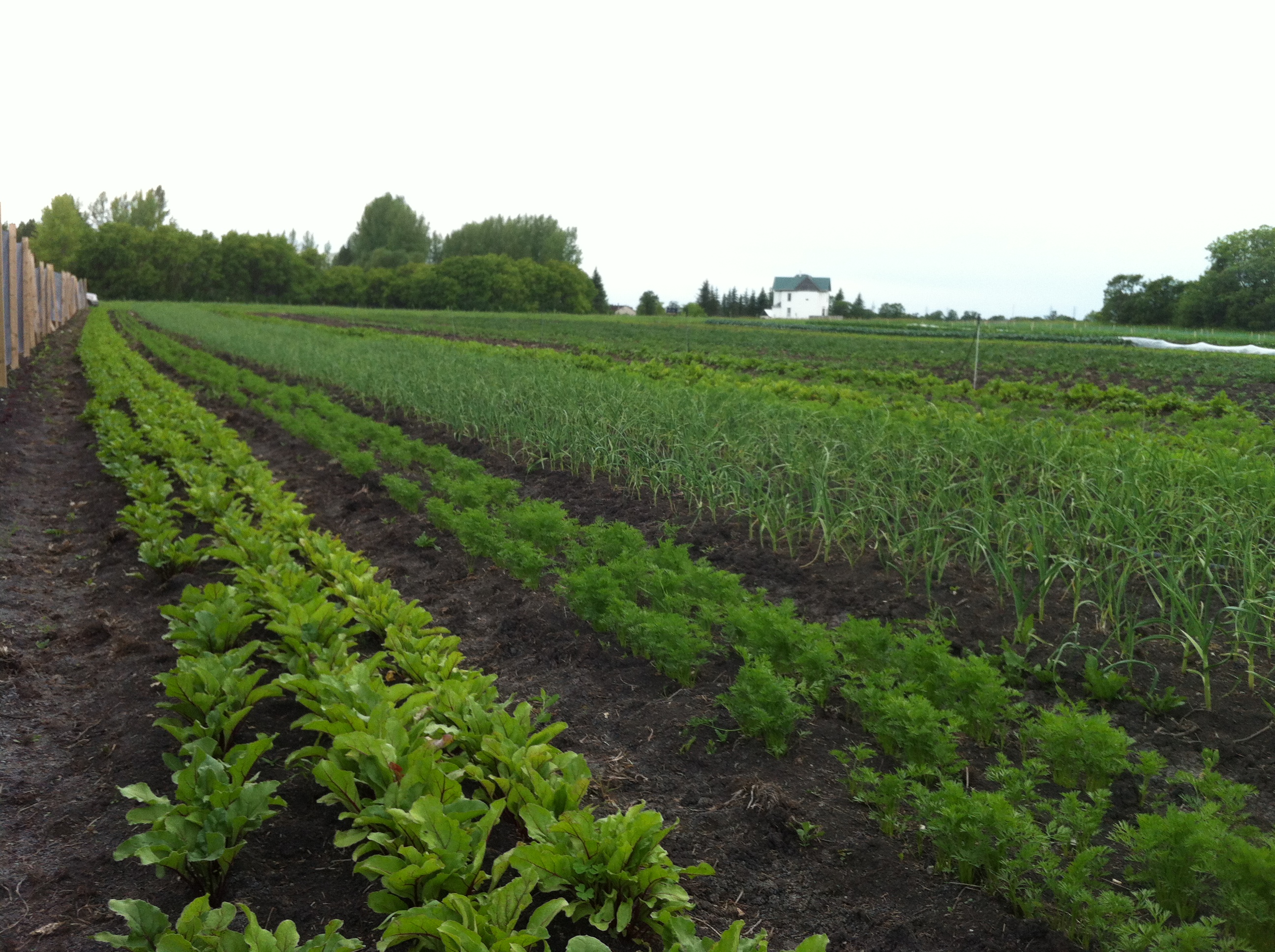 The beets are just getting to be harvestable, so we’ll probably offer them as a choice between radish and turnips.  I’m guessing people will be attracted to the beets because it’s the first time for them this year, but before you make your choice keep this in mind: we almost done radishes for the year and there will be 16 weeks of beets coming!   In a few weeks I know I’ll be hearing people saying ‘why oh why didn’t I take the radishes when I had the chance’.

The gailon is actually a broccoli/gailon cross.  It has a super sweet broccoli flavour and the whole plant is usually eaten as stir fry, but it’s also a tasty snack raw.

The peas are meant to be eaten with the pod.

The brassicas this week were brought to you in part by Sarah and her magical $10 canadian tire rain pants.  On May long weekend when we had that awful storm that went down to something like minus 20 and was pouring rain/snow with 100km hour winds, the covers on the brassicas got so heavy that the hoops holding them up collapsed.  Some brassicas had already recently frozen when their covers blew off, so I didn’t want to take any chances and crawled under the covers to fix the hoops and put up new ones.  Thankfully Sarah showed up with her new rain pants to help  and crawled through the row beside me.  When we got to the other end and crawled out and stood up Sarah was in her shorts! with a few strands of plastic at her ankles.  It’s maybe not nice to laugh at other peoples misfortunes, but it was really funny!  So if you find some rain pants in your broccoli, could you please return them to Sarah.

Another pea picking season has begun!  This is probably everyone’s least favourite job on the farm after fixing row covers in a storm,  but I hyped it up this year as a zen retreat and I think it worked because Sarah and Michael definitely seemed happier and wiser by the end of the day today; though Michael said he’s definitely bringing his ipod tomorrow.  Tell us if in a couple weeks if we seem happier and wiser to you at the pick up. 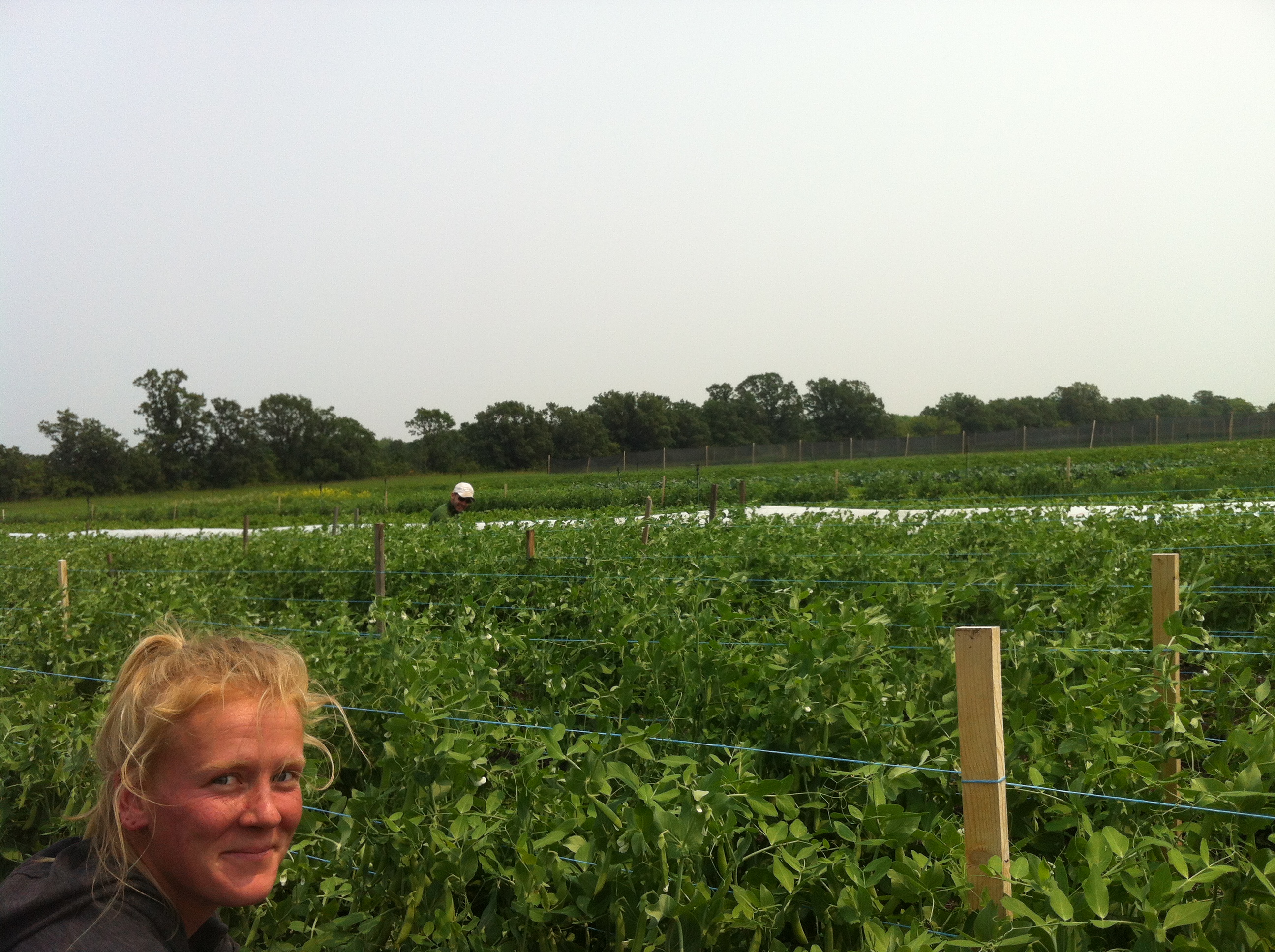 Well, that’s it for this week.  See you soon!