Jaroslav was running the farm the last few days (and it looks like he did a pretty good job) as I was in Vancouver for my brothers’ wedding from Thursday until Saturday.   I think I might just leave Jaroslav in charge from now on because this summer holiday thing is pretty good!

Spinach is back this week.  We didn’t have spinach for a couple weeks because a couple plantings of it died from being too wet.   But we have a new planting that’s ready now and here’s some new spinach being picked this morning.

The days are getting noticeably shorter now.  Each morning it’s a little bit darker, so I guess winter is almost here! 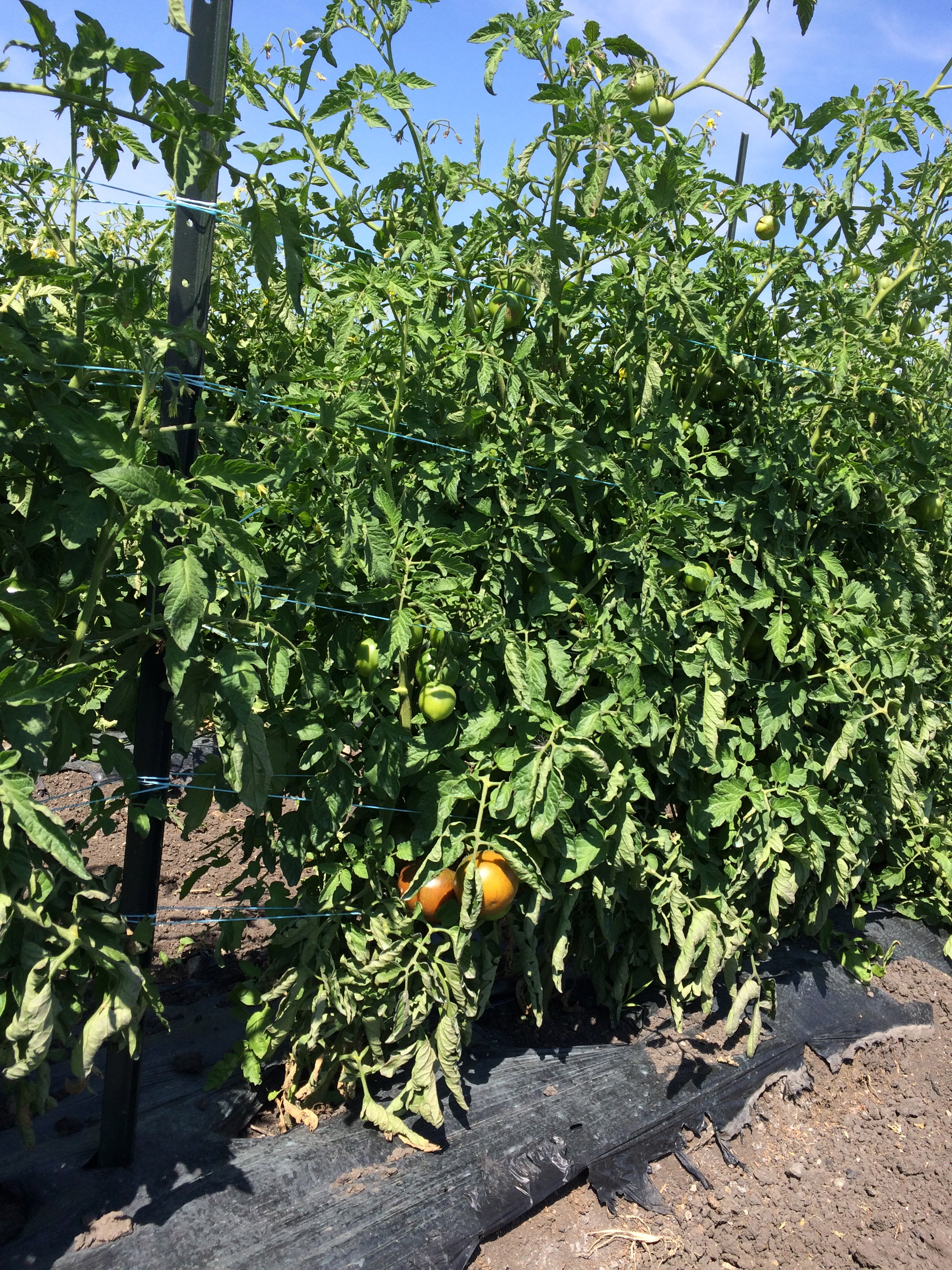 This picture was taken before I ate lunch, otherwise it would just be green tomatoes in the picture.  So far the tomatoes are all looking pretty healthy this year and we’re hoping they stay that way.  We’ve been taking extra precautions this year to control for septoria leaf spot which is the disease that has been plaguing our tomatos the last couple years.   We’ve got new stakes for trellising them and are spraying them with copper when conditions are favourable for disease.

We also tried tomato cages on the determinate tomatos hoping it would be less handling of the tomato plants.  That worked up until about one week ago by which time they were so heavy that when a breeze came they all blew over.  Oh well.  I guess I’ll scratch my head for a while and hopefully think of a really easy way to fix that.

We’ve had an amazing year for bugs this year: There haven’t been any mosquitos all summer!  But since I have to complain about bugs each year,  it’s house fly season and they are so annoying I think I’d prefer mosquitos.  I’m wondering if I smell like fresh manure because  they’re all over me and if I stand by a pile of manure they choose me over the manure!

Anyways, that’s it for this week