All I can say about this week is ‘good times!’    I’m happy at least that the snow happened over the weekend and we didn’t have to work in the snowstorm on Friday.    We would have been in serious trouble if was snowing like that today! Today was warmer and sunny and a lot of snow melted, but there is still quite a lot of snow on the fields. 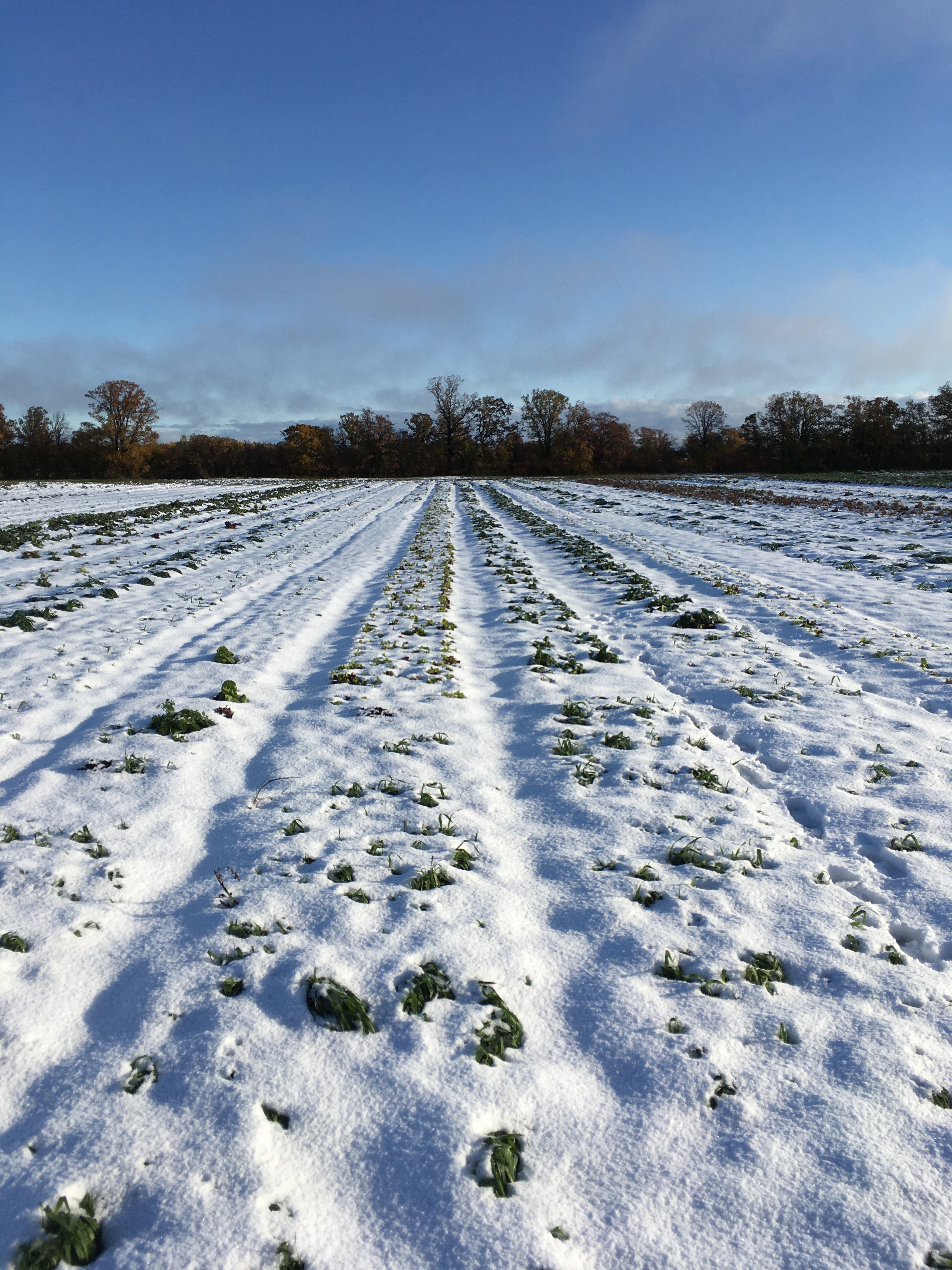 The lettuce and spinach is buried under so much snow right now that for greens it might be more of a kale and chard  week… but who knows – tomorrow it might all be melted! 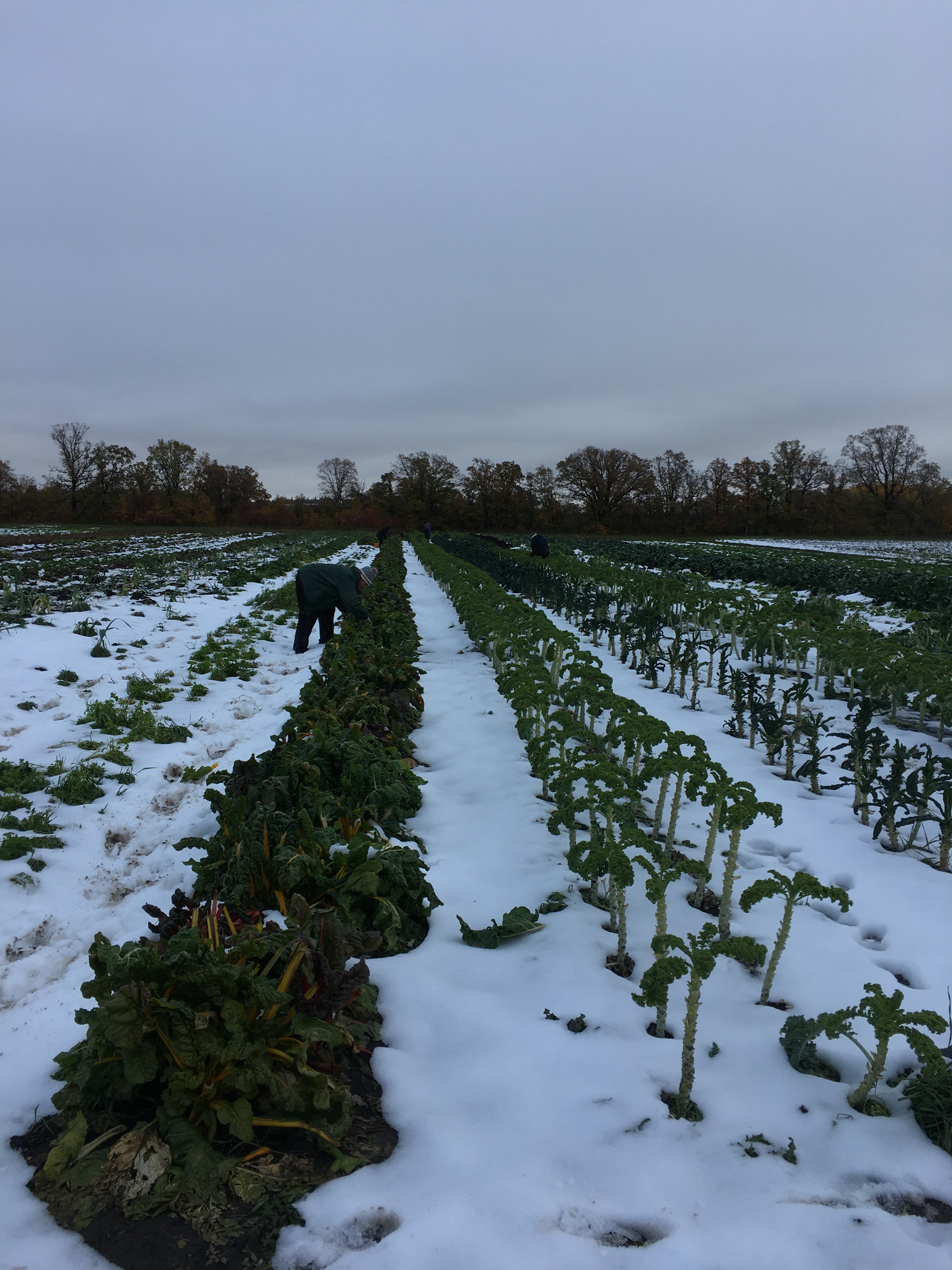 The most fun thing to harvest in the snow was broccoli.  We had a cover over the broccoli and weight of the snow on it made it pretty much impossible to uncover.  So, we ended up shovelling the snow off the sides and pulling the the sides over towards the middle and then ripping the cover right down the middle to get to the middle of the  broccoli. It was a very ripped up cover already that was at the end of it’s life, so I didn’t feel to bad about that.

And  the person having the most fun is Sarah who has to wash all these incredibly muddy vegetables.   Here she is shovelling out our drain pit that has been clogging with mud quite a bit recently.

And finally, this is just a reminder that for the next two weeks there is only the one pick up for on Tuesday for those that signed up for the extra 2 weeks (Oct 15 and 22).