The veggies we’ll have this week will be:

On the farm this week

The tomatoes are ripening fast now! Someone at the market last week said our tomatoes were “the best tomatoes he’d ever had in Canada!”  I was pretty happy to hear that.  I don’t want to get peoples hopes up too high or speak to soon, but I will say that they’re better than last year for sure!   All the extra love seems to have paid off.   I’ve found a big difference in flavour between some of the varieties we tried this year, so I’ll keep notes on the good ones and plant more of those next year.

It’s getting to be salsa season now: there’s peppers, onions, corn (next week I promise!), hot peppers (next week I promise!)  and there will be a lot of tomatoes ripening in the next couple weeks.  So we’ll be offering bulk sales to csa members who’d like to do some canning.  Email me if you’re interested in extra tomatoes. 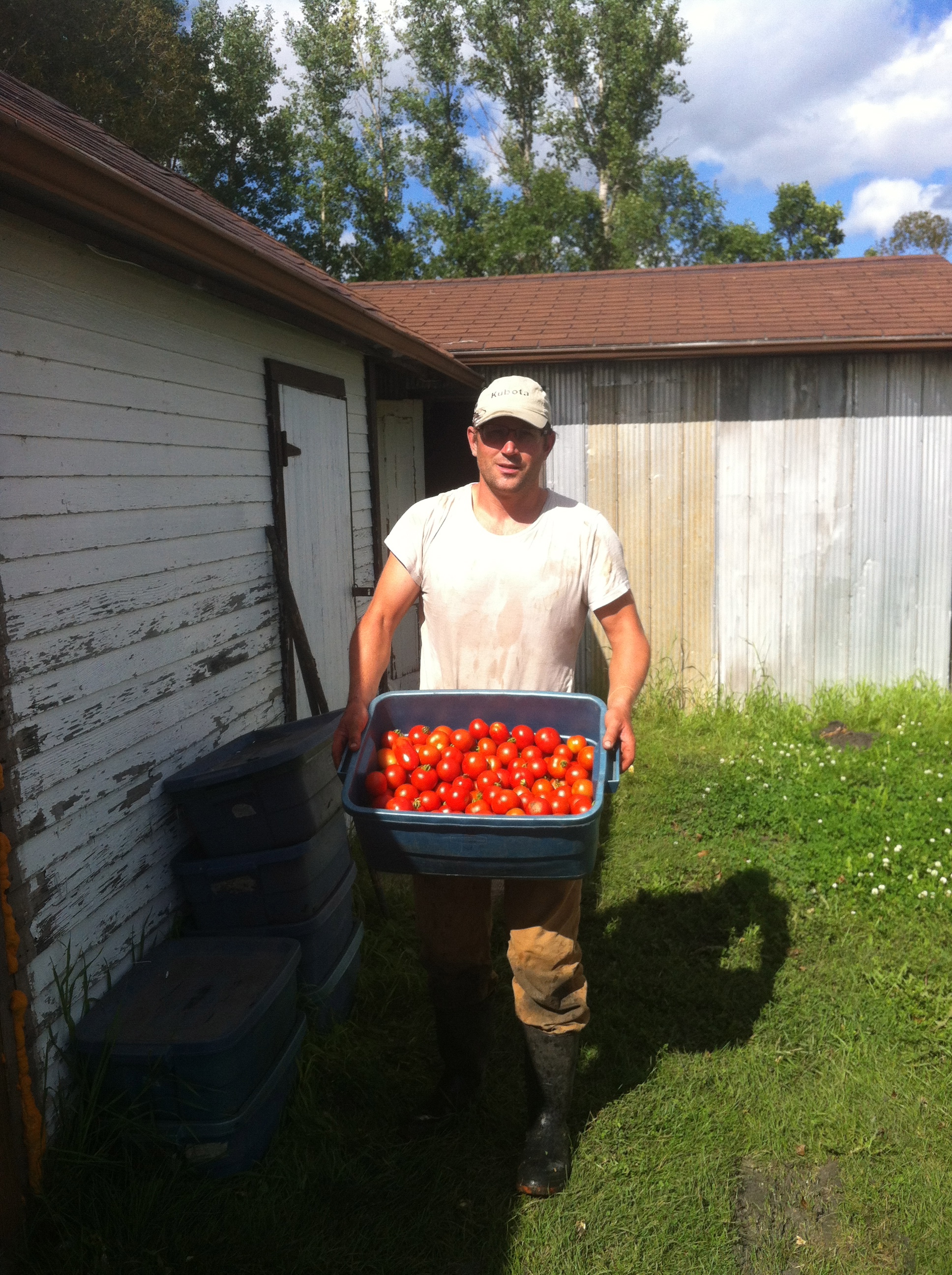 The potatoes are also doing really well and so we dug up a batch today.   Here’s Sarah washing the potatoes wearing her favorite gloves which were a farm warming present from Nicole.  They actually cover her whole body when pulled up all the way.  I’ve always pretended to be too tough to wear them, but after washing for while last week in 4 degree water I finally put them on and I’ll never wash without them again!

That’s it for this week.  See you soon