We will have the following veggies this week: 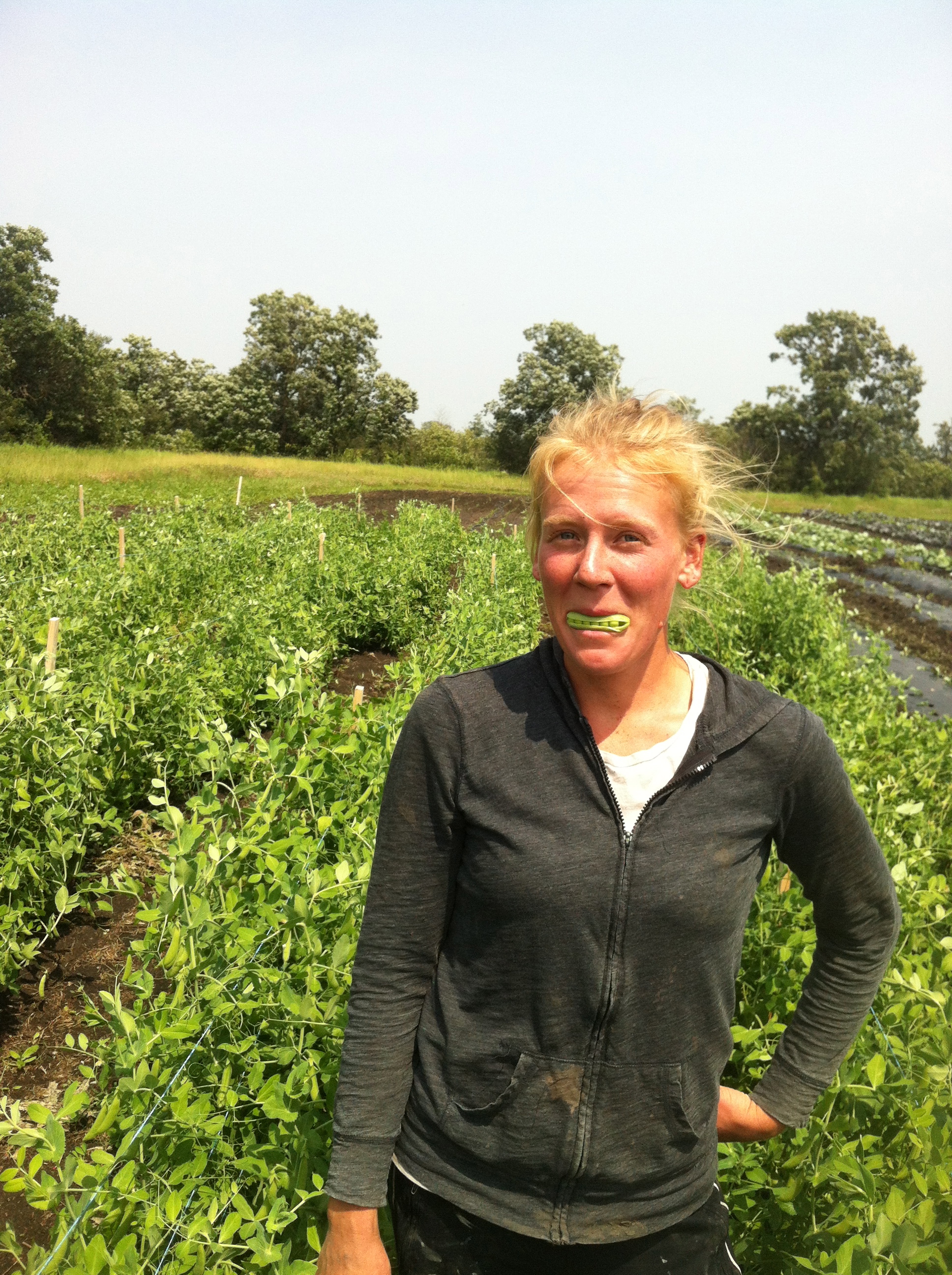 It’s supposed to be our last week picking peas (at least that’s what I told Sarah and Michael – I tell them that every week because I know it makes them happy to hear that.  I just hope they don’t figure out it’s never true) but the peas are producing lots still, so we’ll try to squeeze another week out of them next week especially if the beans aren’t ready yet. (don’t tell Sarah and Michael).  Also, Sarah’s found a new dentist she recommends if anyone’s looking.

It’s hot!  I thought we should have a contest to see who can go the longest without drinking water, but for some reason no one else thought that sounded fun.  Apparently people don’t know how to have fun when it’s hot.

The big news this week is that we got 2 new greenhouses (and these aren’t them)! 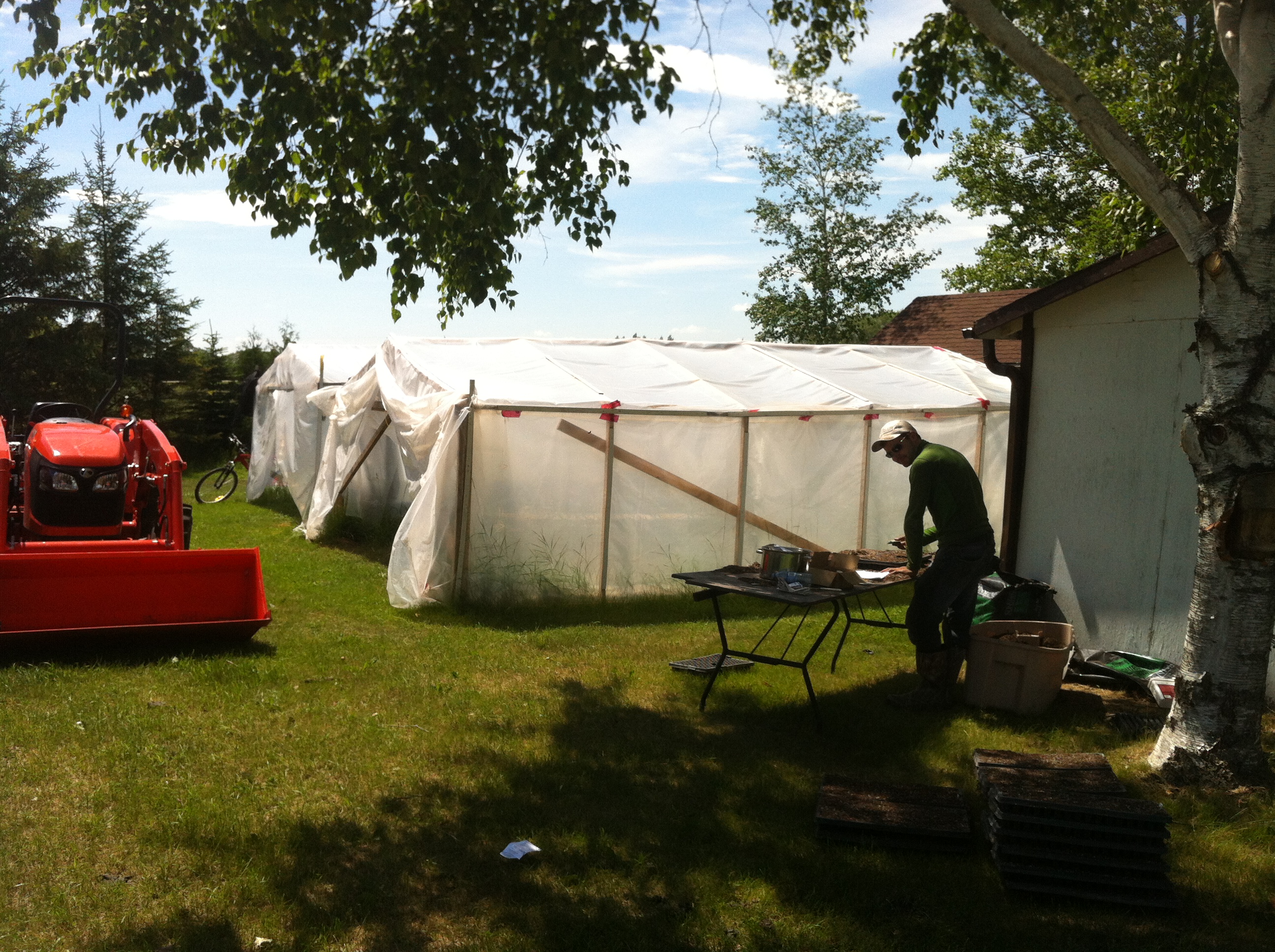 These two greenhouses have ‘worked’ for the last few years, but I’ll be so glad to have a proper greenhouse to work in next year.  My plan at the moment is to use one to grow winter greens in for the winter csa and then start next years transplants in it, and the other as a field house for early cucumbers and tomatoes.  The only catch is I have to find time to take them apart and bring them over from Morden before fall.

Greenhouse seeding is also now done for the year!  Here’s Michael seeding the last of this years lettuce which we’ll be planting out in the field mid august.  We seed and plant lettuce each week, but I had the great idea of seeding all the lettuce at once this year in dry soil mix and keeping it in the basement thinking it wouldn’t sprout until we watered it and then that would be one less thing to do during the busy season.  To my surprise all the lettuce germinated.  Apparently lettuce doesn’t need water or light to sprout.  So, we re-seeded each week and learnt an interesting lesson about growing lettuce.