In your box this week:

The corn is bulky, so you may want to bring an extra bag

More heat, more sweat, and more mosquitos.  Fortunately I have a get up that takes care of it all at once ( no it’s not spandex).  We got a good turnout of spandex wearers last week though which was great to see!  This week anyone who wears a t-shirt on their head for a sweat band gets an extra pound of tomatoes.

Canola harvest is almost done now.  If you’re wondering how this concerns you, it means millions of acres ( didn’t actually count) of flea beetles have just lost their dinner and have come to check out the broccoli.    When I walk through the broccoli now it grosses me out a bit, as I end up coated with flea beetles that have stuck to my sweat with a few mouthfuls of flea beetles also  (they don’t taste bad I’ve discovered).   The broccoli looks like it’s going to be fine, and I planted it a little earlier this year so that it would be big and healthy by the time the canola harvest happened. 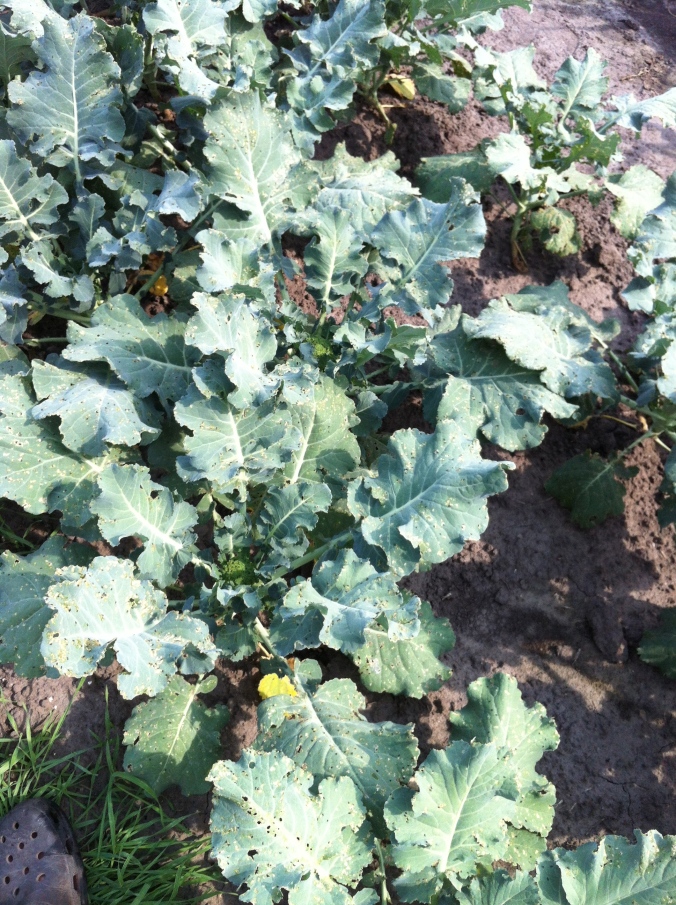 Finally, we pulled up the storage onions this week to start curing them – and there’s a lot of them!   In between the beds of onions and beside them we’re growing more green manure. 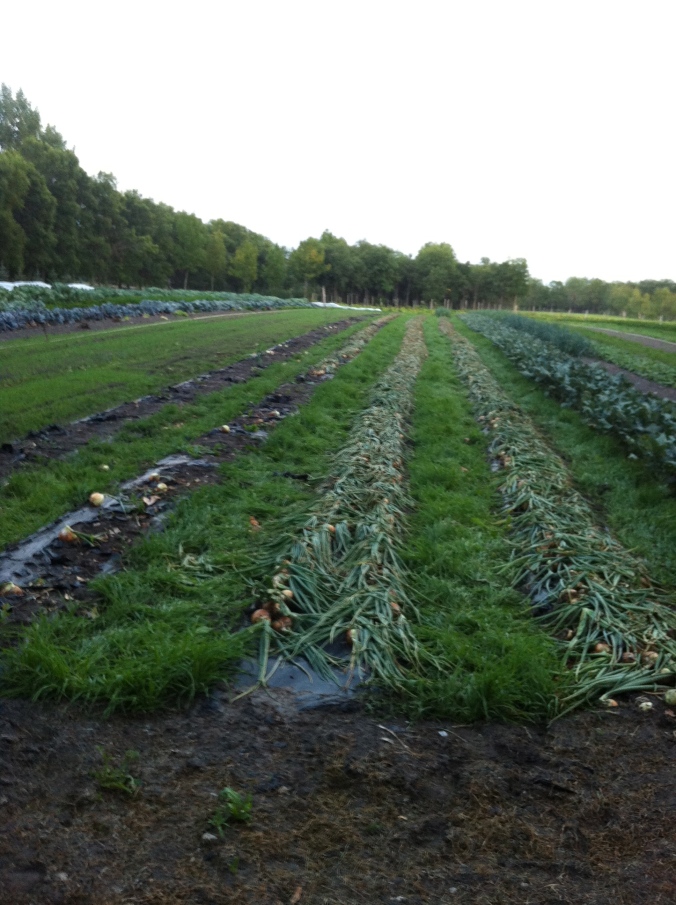 That’s it for this week.  See you soon!